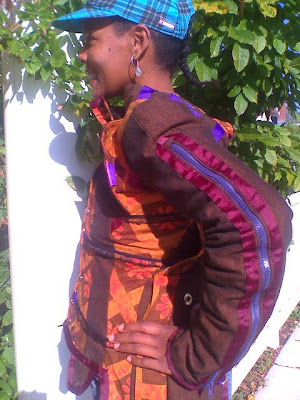 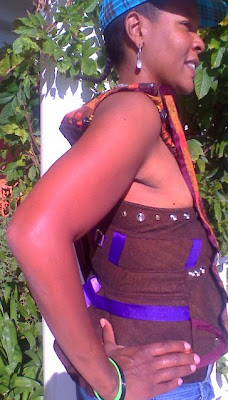 PARLE! Si, that is right maties. I hone the plank having run this pattern twice. The second time around I added all the bells and whistles argh, including the lining and all interfacing. The lining is a dark eggplant, which is not visible in any of the pictures. Having made the previous blog entry I felt that I was still vague about this garment. The biggest question is how much fabric?

I used three different fabrics: the eggplant 45 inches wide silk, an African orange, gold and brown tie dyed floral batik 60 inches wide cotton and an orange herringbone denim that was 72 inches wide. I used a yard and a half of the denim and floral. Knowing that each constitutes for only half of the outside of the jacket I would say that three yards of 60 inches wide fabric should be ample for constructing the exterior. The approximate grand total is six yards including the lining.

I needed more than thirty snaps. I used twelve yards of 3/4 inch wide and one yard of 1 1/4 inch wide ox blood ribbon . I used three yards purple 1 inch wide ribbon and one and half of 1 1/4 inch wide lilac ribbon. One will need 6 D-rings, 2 buckles, one 53cm long zipper both small and large eyelets. One yard of elastic. One spool of thread. My total cost was just short of $55.00 without the fabric. I had purchased the orange herringbone denim for $15.00 five years ago. The other two fabrics were gifts from my friend Tracy O.

I knew that it was impossible for me to win the Somerset House Competition. I sent the garment because it had been requested and one never knows who may have seen the jacket. Realizing I had fudged the end pattern pieces together I wanted to do the pattern full justice by assembling it correctly. It is an awesome project and the second time around it took five days of straight sewing. The original pattern ended under my right arm (see the second photo above).

Modifications: I am at the least a size 12. I did not place the the right side cinching. I added half an inch to widen the sleeve's pieces and a five inch panel to extend the right making a front under panel. The seams were created having sewn 3/8 seams, which required some strategic top sewing. There are several male snaps along this under panel so, that the meaning of jacket's play speaks. 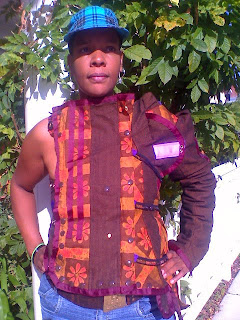 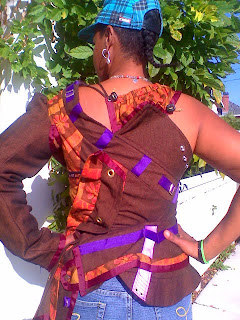 Flossin' in the Mirror 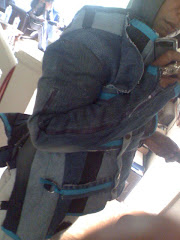 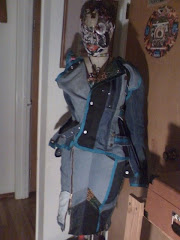 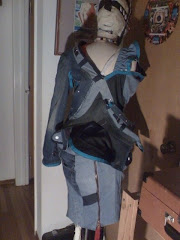 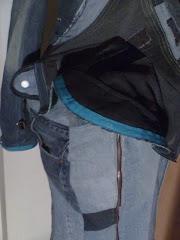 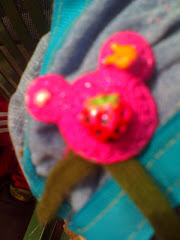 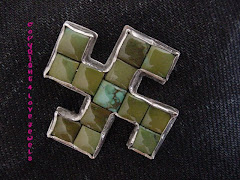 07-04-2009 myspace.com deleted my SWASTKA click the image and see my response 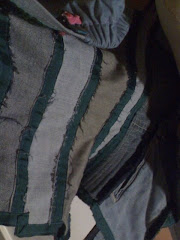 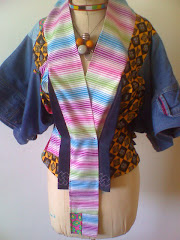 click on this image and see this piece on exhibition 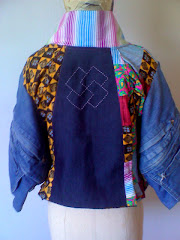 Stone Wheel Sashiko- clicking this image goes to the exhibition 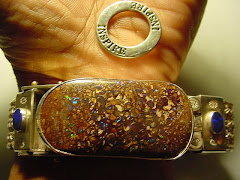 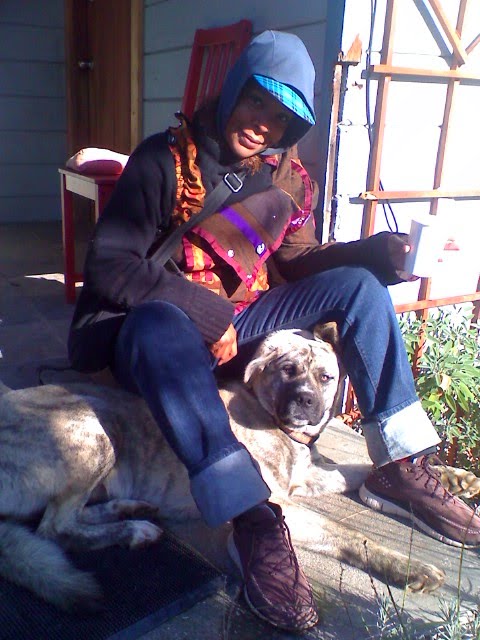 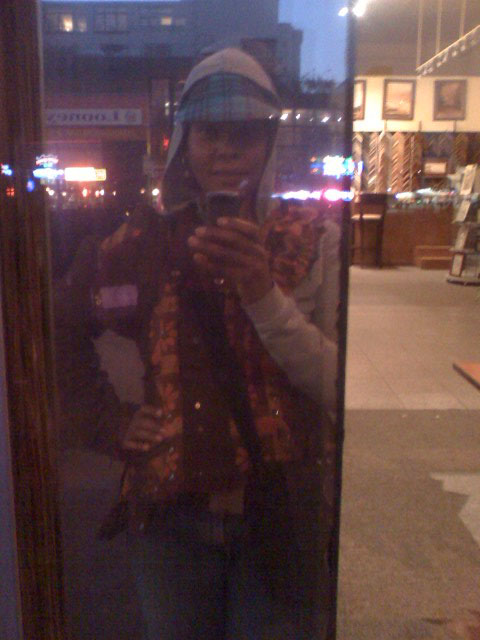 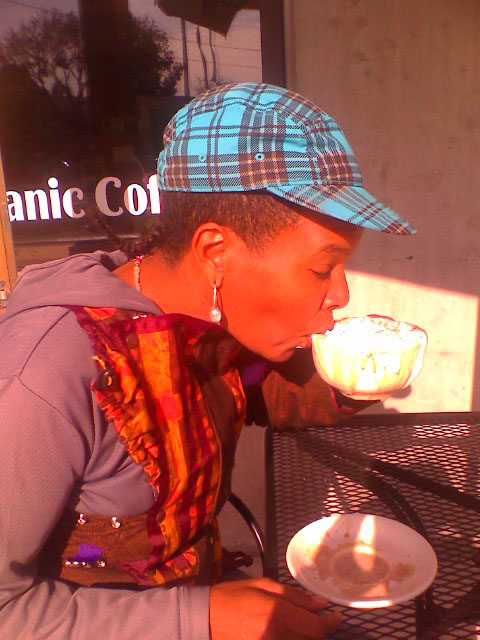 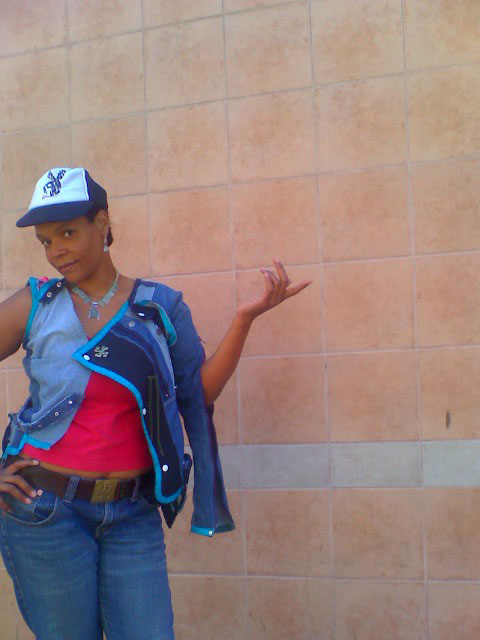 Pointing the Way... my photographer is good! 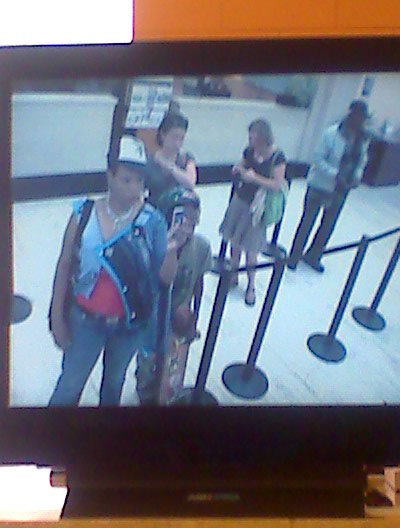 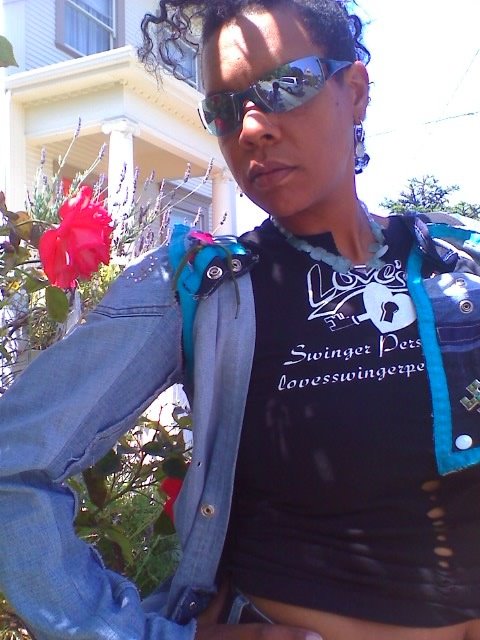 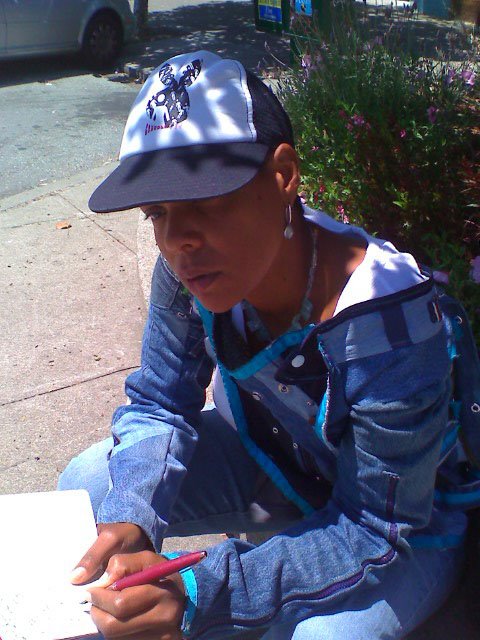 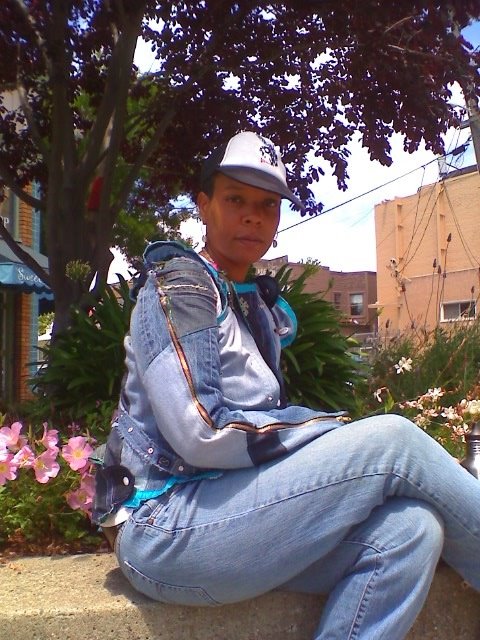 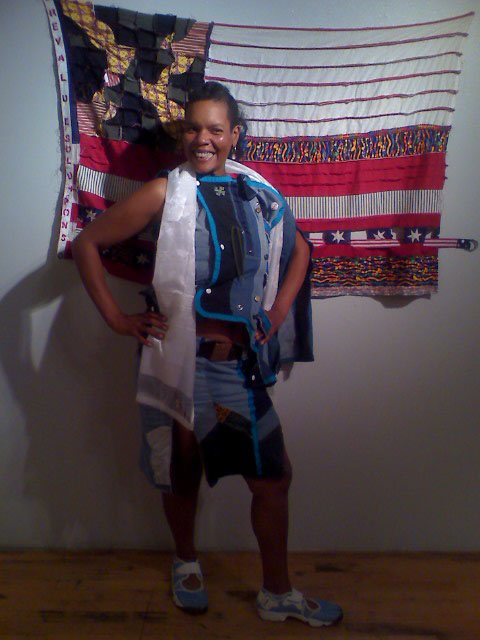 Synchronicity: my Graduation Ceremony, the Sleeves as a Skirt, my Swastika pin, my Revalue Solutions flag/art, my new Silk Scarf and my biting Smile 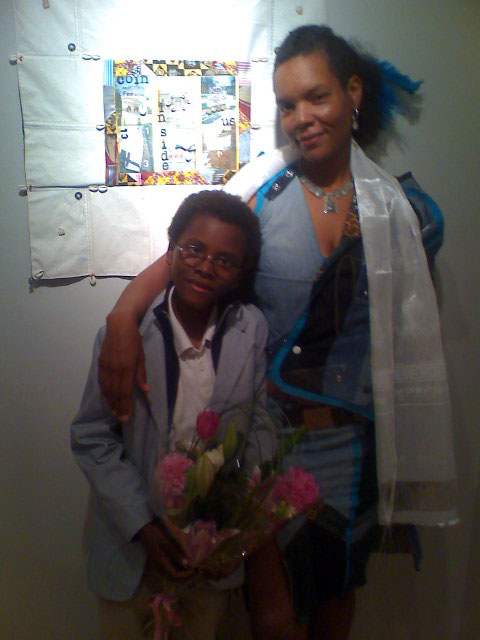 My art piece titled White Privilege, My Personal Assistant/Photographer and Me 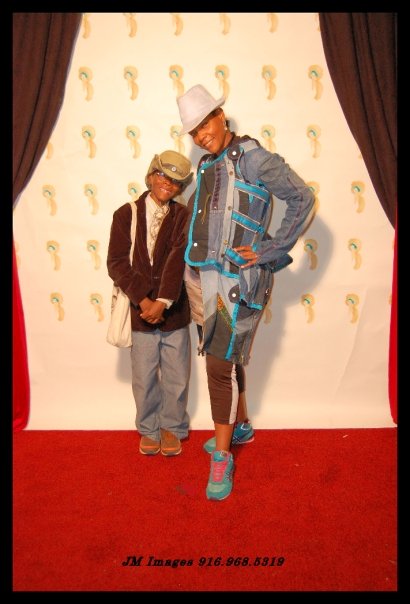 Style is the name of the GAME... Here all sleeves are zipped together extending the jacket's length!